Abbas Vafai, Ph.D., first became interested in the field of microbiology while pursuing a degree in pharmacy. After receiving his Pharm.D., that interest escalated, leading Dr. Vafai to continue his studies and pursue a master’s degree in microbiology. Early on in his studies, he was intrigued by viruses and puzzled by how these tiny particles, unseen by the naked eye or a regular microscope, could cause such devastating diseases in humans, animals, bacteria and plant species.

After obtaining his master’s in microbiology, Dr. Vafai continued his Ph.D. studies at the University of Illinois in Carbondale, where he researched a member of the poxvirus family to learn about its biology and morphogenesis. During this time, he spent countless hours using electron microscopy to learn how these viruses replicate in infected cells.

Following completion of his Ph.D. studies, Dr. Vafai was accepted to a postdoctoral program at the University of Pennsylvania, School of Medicine, where he began work on Varicella-Zoster Virus (VZV). Fascinated by how VZV affected both young and old, Dr. Vafai concentrated his efforts on how the virus manifested as childhood chickenpox (varicella) only to become latent in the host and emerge later in life as shingles.

“My hope was to contribute to the understanding of the mechanisms that are involved in virus infection, latency and reactivation.” 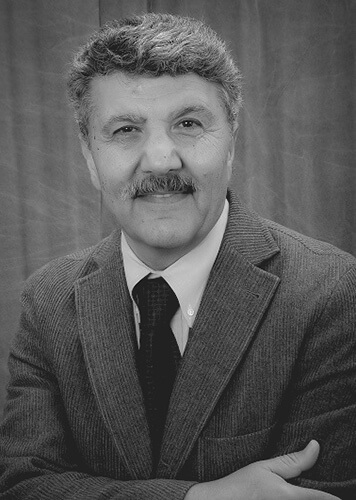 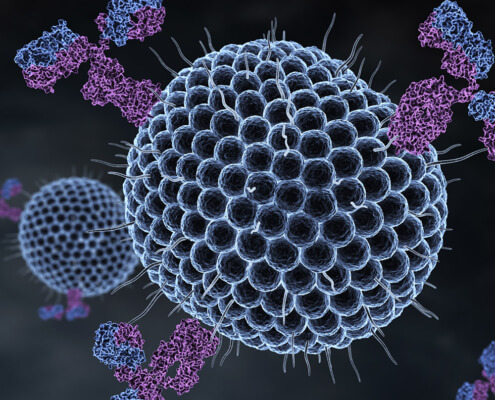 Says Abbas Vafai, Ph.D., “The virus then becomes latent in human sensory ganglia and reactivates later in life to produce shingles (zoster). My hope was to contribute to the understanding of the mechanisms that are involved in virus infection, latency and reactivation.”

During his early studies on VZV latency, Vafai became focused on developing a safer vaccine against this virus. The existing chickenpox vaccine was a live, attenuated VZV that – even though it provided protection against chickenpox – could allow the virus DNA to become latent in ganglia with the potential to reactivate and cause shingles.

Developing a safer vaccine against shingles became Dr. Vafai’s career goal for 32 years until the vaccine was approved by the FDA in October 2017 and introduced to the market 2 months later. This 32-year period was very difficult, mainly due to lack of research funding and the challenges presented by the project itself to produce a better vaccine that would not impose the risk of vaccine-induced shingles, especially in the immunosuppressed and the elderly.  In the end, this goal was finally achieved as clinical trials demonstrated this vaccine elicits protection from shingles with greater than 97% efficacy in people over 50 years of age.

“I will never forget seeing counters crowded with flasks, various chemical reagents, microscopes and other specialized equipment which, at the time, was quite a sight to behold for a young boy.” 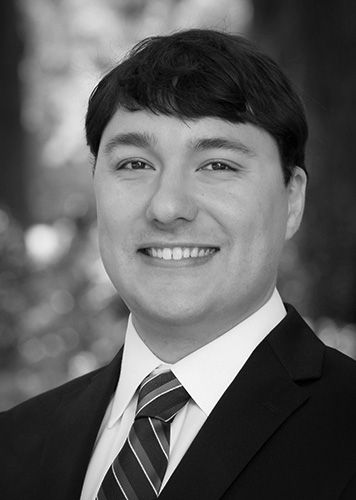 As a very young boy, Nicholas Vafai, Ph.D. recalls feeling so excited and grown up as his father perched him on a stool in his lab so he could peer through the microscope at the numerous clusters of cells growing in the cell culture flask. These memories of accompanying his father to the lab and watching him work were awe-inspiring and piqued his curiosity. In fact, they are probably responsible for his continued keen interest in science overall and molecular biology and virology, in particular.

“I will never forget seeing counters crowded with flasks, various chemical reagents, microscopes and other specialized equipment which, at the time, was quite a sight to behold for a young boy.”

Dr. Nicholas Vafai went on to explain, “My father would often tell me about DNA and how it determined the genetic blueprint for life. In fact, his love of DNA is what drove him to pack up his bags and immigrate to America with almost nothing, where he would later meet my mom, Jeanette Vafai. With hard work, love and support of each other, they worked as a team to surmount the many set-backs through long years of research it took to arrive at where we are today. These family values, talking with Dad about science, the gifts of microscopes and frequent visits to his lab definitely influenced my decision to follow in his footsteps. Consequently, after earning a B.S. in biomedical engineering from the Georgia Institute of Technology in 2010, I was accepted to the Department of Biological Science at Florida State University and earned my Ph.D. in biological science in May of 2018. It was there that I discovered another passion…becoming an entrepreneur. While working on a project involving drug uptake in lipids in Dr. Steven Lenhert’s lab, I and several colleagues won first place in a contest with our business plan to commercialize our work on a model for drug uptake using lipid microarray and high-throughput drug screening (this venture is still in the developmental phase).”

Of their goals for Viro Research, LLC, Dr. Nicholas Vafai says, “It is my great fortune now to have this opportunity to pursue my passions for science and business in the start-up of Viro Research. As president and founder and my father as senior scientific advisor, we are endeavoring to provide better diagnostic testing products to the medical community for diagnosis of human viral diseases.”

This site uses cookies. By continuing to browse the site, you are agreeing to our use of cookies.

We may request cookies to be set on your device. We use cookies to let us know when you visit our websites, how you interact with us, to enrich your user experience, and to customize your relationship with our website.

Click on the different category headings to find out more. You can also change some of your preferences. Note that blocking some types of cookies may impact your experience on our websites and the services we are able to offer.

These cookies are strictly necessary to provide you with services available through our website and to use some of its features.

Because these cookies are strictly necessary to deliver the website, refuseing them will have impact how our site functions. You always can block or delete cookies by changing your browser settings and force blocking all cookies on this website. But this will always prompt you to accept/refuse cookies when revisiting our site.

We fully respect if you want to refuse cookies but to avoid asking you again and again kindly allow us to store a cookie for that. You are free to opt out any time or opt in for other cookies to get a better experience. If you refuse cookies we will remove all set cookies in our domain.

We provide you with a list of stored cookies on your computer in our domain so you can check what we stored. Due to security reasons we are not able to show or modify cookies from other domains. You can check these in your browser security settings.

We also use different external services like Google Webfonts, Google Maps, and external Video providers. Since these providers may collect personal data like your IP address we allow you to block them here. Please be aware that this might heavily reduce the functionality and appearance of our site. Changes will take effect once you reload the page.


and stay informed about product, disease and company news and information

Yes! I want to subscribe to communications from Viro Research, LLC, and receive access to the Articles Database.